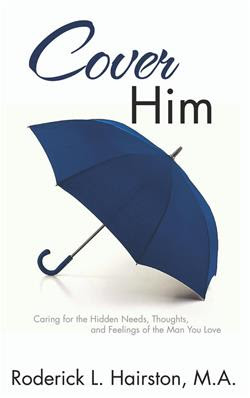 For Immediate Release (Baltimore, MD) — Author, pastor, and long-time NFL chaplain, Rod Hairston, was hesitant to write his newly-released book, “Cover Him: Caring for the Hidden Needs, Thoughts and Feelings of the Man You Love,” because he felt it might be misconstrued by the #MeToo movement as chauvinistic, even though he is a full supporter of the movement. But, as he states in the book’s introductory chapter, he is convinced it will be offensive to certain people.“Watching the #MeToo movement begin to take shape around the country was actually very encouraging for me,” says Hairston. “Finally, the painful stigmas that many women have carried for so long, having suffered sexual abuses of every kind, were being broken.  Women were, and are, gaining the courage to tell their #MeToo stories and casting off the shame with which they were so unjustly saddled.  I wrote my first book, ‘Cover Her,’ as a call to men to change our aggressive, consuming postures toward women.  Rather than consume women, we were made to cover them.”

His first book “Cover Her” was written directly to men, but in “Cover Him” Hairston turns his attention to women, dealing with complicated, yet very real issues of marriage and commitment.  Hairston doesn’t shy away from any subject, discussing the scriptural principle of respect women should offer men, how much sex a married couple should be having, and even talking about the importance of food to a man’s physical and emotional well-being.  He describes at length what he says is God’s “wise design of marriage,” but he also says that women should have appropriate boundaries in place.

“A woman has to tell a man how to treat her,” says Hairston. “If she allows cheating, abuse, or other demeaning behavior, she will suffer more pain than the offenses themselves might inflict.  In the effort to cover the man she loves, a woman must be careful never to attempt to rescue a man from his own irresponsible behavior.  She cannot take responsibility for things she’s not responsible for in an effort to relieve him. In other words, she needs healthy boundaries.  She has to be clear where she ends and where he begins, because God made her to partner with him, but not to lose her own distinctions, dreams, and desires.”

Hairston spent fourteen years as the Team Chaplain for the NFL’s Baltimore Ravens which he says was a like a “live lab experience” of learning about men and their relationships in the midst of intense pressure and competition.

“I saw men who cared deeply for those who suffered the ravages of poverty, serving weekly to make other peoples’ lives a little better,” says Hairston. “But I also witnessed men who were absorbed in their work to the detriment of their marriages and families.  I saw men mask their pain with sex, drugs, and other addictions.  I saw men who enjoyed lots of resources, but who were uncertain and sometimes undiscerning about whom they could trust. I saw men swimming in insecurities that professional football and all its acclaim could not remedy.  And I saw men transformed by the power of Christ to become humble servants, great dads, committed husbands, and fierce competitors. I wanted to do all I could to build up, encourage, and challenge the men to be their best, so I had to be a learner.”

Ultimately, Hairston hopes that both “Cover Him,” as well as his previous book “Cover Her,” will both become resources for those who seek to build long-lasting relationships.

“When men and women honor the biblical model of marriage, it consistently promotes unconditional love, respect, and emotional healing.  God has even built into it the power to create life, ” says Hairston. “The uniqueness of the marriage covenant was intended to serve the great purpose of showing people what the love of God looks like in action.  It brings two different individuals together, enabling them to experience a taste of God’s pleasure toward us, His love for us, and His commitment to us. The marriage covenant was designed by God to bring Him glory through the people He made and to extend His glory through the family unit” 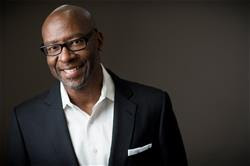 For fourteen seasons, Rod Hairston served as chaplain and life coach to the NFL’s Baltimore Ravens, earning two Super Bowl rings during his tenure. A graduate of Virginia Tech, he now serves as Senior Pastor at Messiah Community Church just outside of Baltimore. He has been married for more than 28 years to Sheri, and they have four adult children. He is author of two books, “Cover Him: Caring for the Hidden Needs, Thoughts and Feelings of the Man You Love” and “Cover Her: How to Create a Safe Place for the Ladies in your Life…Physically, Financially, Emotionally, and Spiritually.” For more information, visit www.RodHairston.com.

For review copies of “Cover Him” or to interview Rod Hairston, contact: