Representatives from 30 groups have signed an open letter to local and federal lawmakers urging them to curb the surveillance partnerships that Ring has with police departments.

Homeowners use Ring to record video of anyone who comes to their front doors.

Police officers are then coached by Amazon to request access to the private videos.

Malachi Robinson, campaign director of the civil rights advocacy group Color of Change, one of the organizations that signed the letter, says that could lead to abuses of civil liberties.

“That creates such a power imbalance, right?” he states. “Like, most people assume that when a police officer asks you for something, they’re telling you that. So, it becomes this workaround around the Fourth Amendment – around proper search and seizure – which is extremely disturbing.”

In response to the letter, Ring says it has “zero tolerance” for abuse of its systems, adding that the technology makes neighborhoods safer.

More than 500 city police departments across the country, including a dozen in Ohio, take part in Ring alliances.

Robinson says once the surveillance footage is collected without a warrant, law enforcement can use it to conduct facial recognition searches, target teenagers for minor drug possession or share it with other agencies such as ICE.

“In black and brown communities that have, you know, an extremely high police presence, this allows police another entryway to be able to just monitor people; and it’s also a way for mistaken identities to happen,” Robinson points out.

Robinson notes that Ring users also are able to post footage to Ring’s Neighbors social media app, where other users can view and comment on videos. 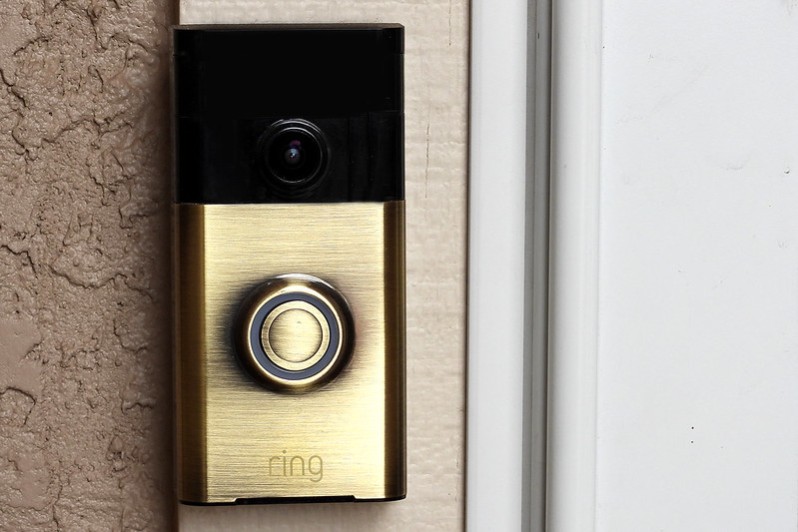