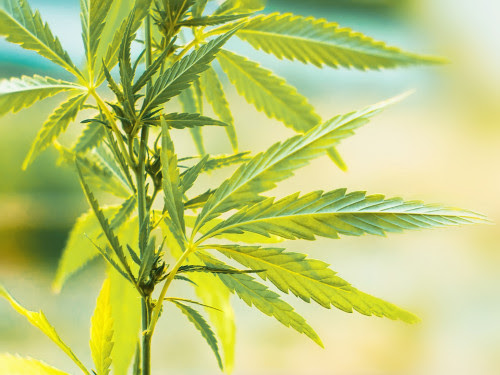 Got a hankering to grow hemp?

Consider the gamble: The crop could generate hundreds, even thousands, of dollars per acre. Or, quite possibly, nothing at all.

The market price for CBD oil, which is derived from hemp flowers, has declined recently because of an oversupply on the market. Farmers in some states are awaiting payment for hemp they grew but could not sell. Some other growers are finding it can be very easy for hemp to exceed the legal limit of 0.3% THC; when this happens, the plants must be destroyed.

“There are a lot of lawsuits already, and we can learn from those if we proceed with caution.”

Now that it’s legal to grow hemp in Ohio, a lot of people are interested in growing the crop, particularly to turn it into CBD oil, lured by high profit potential.

But the risks of growing hemp should be carefully weighed against the possible profits, said Hall, who was among the speakers at the “Growing Hemp in Ohio” conference sponsored by CFAES in Wooster on Jan 24.

Anyone who does decide to grow hemp should work with an attorney regarding the terms of the contracts with both the seed company as well as the company that will buy the harvested crop, Hall said.

Having a contract between the farmer and the seed or seedling provider is critical to protect the farmer should something go amiss with the plants, Hall said. If the purchased seeds produce male plants instead of female plants, they can’t be used for CBD oil. Female hemp plants produce the flowers that are needed for CBD; male plants just produce more seed.

And if a plant comes from a seed without the proper genetics, it might be more apt to produce more than the legal limit of 0.3% THC. A plant with more than 0.3% THC is considered marijuana and is illegal to grow in Ohio and some other states; therefore, it must be destroyed.

“There are many different considerations to be made because of the unique nature of this crop,” Hall said. “This is not like a typical grain contract.”

Contracts need to be clear on who’s responsible if the harvested plant tests over the THC limit, Hall said. A contract with a buyer likely will specify the field where hemp will be grown. Hemp grown for CBD oil cannot be within one mile of any medical marijuana plants because of the risk of cross-pollination that could spike the THC levels in the CBD plants, Hall said.

“If the plants test over the THC limit, who’s responsible for the loss of that crop?” Hall said.

A farmer’s contract with a buyer should specify that, she said.

Before any contracts are signed, a prospective hemp grower should thoroughly investigate the financial standing and background of any company the farmer plans to contract with, Hall said.

“We’ve already seen some fly-by-night type companies spring up and leave a grower empty-handed,” she said. “Whenever there is a lot of money to be made on something, we see that.”

How much money can be made from hemp grown for CBD oil is unclear in the current market given the oversupply, said Brad Bergefurd, a CFAES horticulture specialist.

“That’s part of why I feel uneasy about this crop,” he said.

Beginning in 2014, universities and private companies could grow hemp if the state where they were located applied for a license. Ohio was not among the states that did so. As a result, it was not legal to grow here until late last year just after the federal government made it legal for any state to grow it.

“That might have been a good thing Ohio didn’t get in on hemp earlier,” Bergefurd said.

Some hemp farmers in other states are still trying to sell the crop they harvested, he said.

“In Ohio, we didn’t cash in on the early gold rush of hemp, but now we can sit back and learn from some of the problems states that did are facing.”