As he leads the state through a historic pandemic, Ohio Gov. Mike Dewine has an apparently unbreakable rule: Don’t cross Trump.

For example, he announced a fourth tier of Ohioans who are now eligible for state tests. People who have coronavirus symptoms, regardless of whether they have compromised health or meet earlier criteria, can now receive tests administered by the Ohio Department of Health, DeWine said.

That leaves Ohio a long way from having enough capacity to allow testing so people can be sure it’s safe for them to visit loved ones who are particularly at risk.

“My job is to bring more testing to the state of Ohio. We’re working on it,” DeWine said Thursday.

Earlier, the governor has boasted of the state’s wins in the battle for expanded testing capacity and bemoaned its struggles.

For example, he’s celebrated signing a long-term contract for the chemical reagent used in the tests. But he’s also said supply-chain snarls have kept the state from having enough swabs to collect sufficient samples to use that reagent and testing machines at capacity.

Then on Tuesday, President Donald Trump took credit for the states’ work while vastly exaggerating at least Ohio’s progress in expanding testing.

“We made most Governors look very good, even great, by getting them the Ventilators, unlimited Testing, and supplies, all of which they should have had in their own stockpiles,” Trump said in a tweet. “So they look great, and I just keep rolling along, doing great things and getting Fake Lamestream News!”

We made most Governors look very good, even great, by getting them the Ventilators, unlimited Testing, and supplies, all of which they should have had in their own stockpiles. So they look great, and I just keep rolling along, doing great things and getting Fake Lamestream News!

It’s far from the first false statement the president has made in reference to coronavirus testing. Trump, wearing a “Keep America Great” ball cap, on March 6 toured the U.S Centers for Disease Control and Prevention headquarters in Atlanta.

“Anybody that wants a test can get a test. That’s what the bottom line is,” he told reporters at a time when only a tiny number of tests were available.

However, DeWine wouldn’t answer Thursday when he was twice asked whether the federal government had supplied Ohio with unlimited coronavirus testing as Trump had claimed.

“Well let me say this. The president and the vice president, every time I have called them, they have been very responsive,” DeWine, who has filed to be a Trump delegate at this year’s GOP convention, said the first time he was asked.

The governor added that on Wednesday he had talked to Vice President Mike Pence twice about testing. He said Trump and Pence have been “exceedingly responsive” during the crisis and in discussions between the administration and governors “the focus has totally been on them trying to help us the best way that they can.”

Asked again if it’s accurate to say the federal government has supplied Ohio with unlimited testing, DeWine said, “Look, I think we all started off with not enough testing nationwide and then spoke of the things he thinks the nation has learned from its coronavirus experience.” 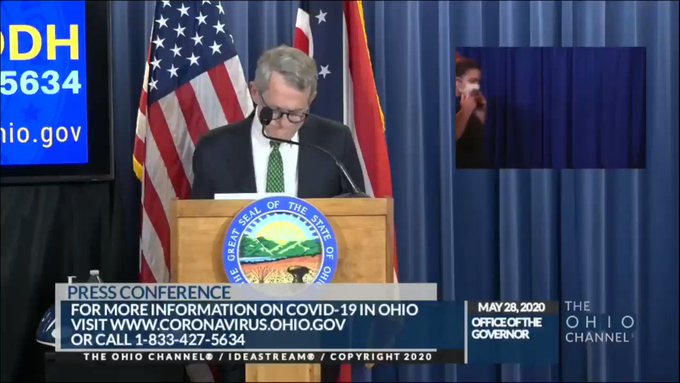 .@martyschladen then asks a second time. 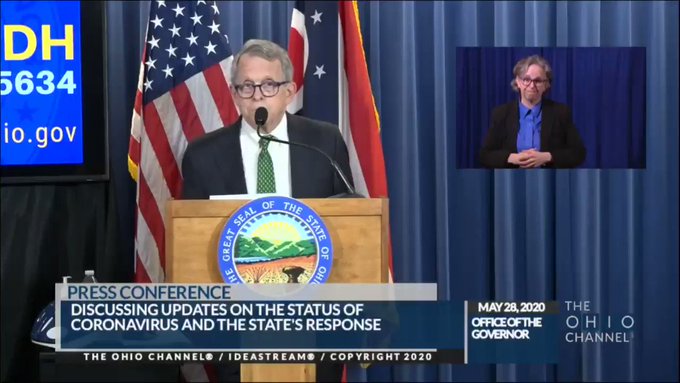 The responses didn’t go over well in at least parts of the twitterverse.

“Two months ago, I could maybe see not wanting to piss Trump off, because we might need federal help,” one user said. “Where has staying on his ‘good’ side gotten us? Where are the tests?”

Marty Schladen has been a reporter for decades, working in Indiana, Texas and other places before returning to his native Ohio to work at The Columbus Dispatch in 2017. He’s won state and national journalism awards for investigations into utility regulation, public corruption, the environment, prescription drug spending and other matters. Read more Ohio Capital Journal stories here.