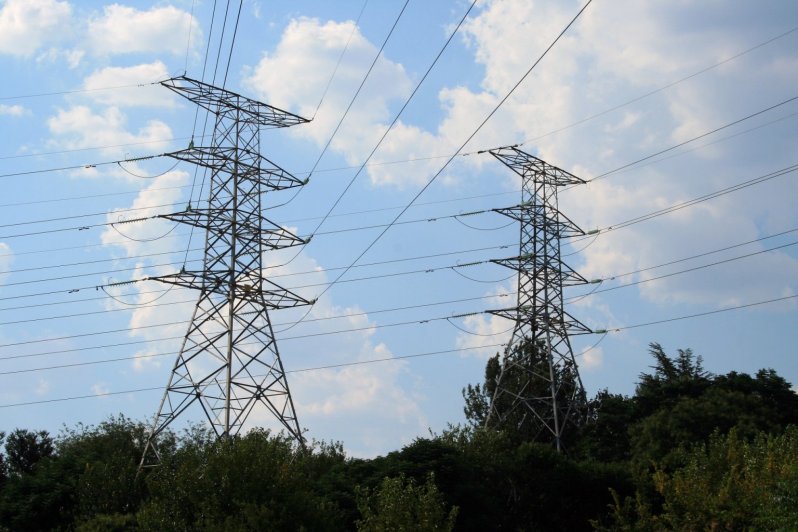 Citing a foreign invasion in Europe, economic inflation, and hot weather, a northeast Ohio electric aggregator is dumping its 550,000 customers.

The aggregator, the Northeast Ohio Public Energy Council (NOPEC), said it’s taking reasonable steps to shield its customers from electric prices that have doubled in the past year and could double again this winter. The customers will be left to purchase power through their utility companies, which buy wholesale electricity to distribute to customers.

According to NOPEC, it’s a matter of “timing and/or pricing model difference” regarding why its electricity suddenly costs twice as much as others’ around the state.

Why NOPEC has been accused of market manipulation

But Dynegy, a company that sells wholesale electricity to FirstEnergy Corp. to distribute, has accused NOPEC of market manipulation. Dynegy claimed in regulatory filings that NOPEC is destabilizing Ohio’s electricity markets only to “line its own pockets.”

Ohio’s utility regulators, meanwhile, threatened earlier this month to suspend NOPEC’s right to operate unless it can prove it has the “managerial, technical and financial capability” to keep going.

In Elyria, NOPEC customer Mike Baker saw his electric bill at his office jump from about $176 in October 2021 to $398 in August. He opted out of NOPEC on his own, expressing frustration with its practices and skepticism of its explanations.

“It literally doubled in price,” he said. “Everyone’s prices are going up, but not this much.”

NOPEC is one of the oldest electric aggregators in the U.S.

In Ohio, utility companies are responsible for distributing electricity to customers. Customers can either source it through their utility’s “standard service offer” or try to find a better deal from third-party sellers.

NOPEC is one of the oldest electric aggregators in the U.S. It’s comprised of local governments around the region that voted to join. NOPEC aggregates the buying power of the customers to leverage better prices from sellers. Along with its gas customers, it represents 1 million Ohioans.

On Aug. 24, however, NOPEC announced it would transition most of its 550,000 customers back to their default utilities as a “proactive step” to save them money. In a filing with the Public Utilities Commission of Ohio, NOPEC said electric prices have spiked in 2022 for reasons beyond its control and could get worse next year. It also acknowledged it contracted with customers through January 2023.

NOPEC said it’s shifting the customers to shield them from the price spikes and that it will pick them back up again in September 2023.

Other utilities offer much lower prices now than NOPEC. Other aggregators sell power at similar or even cheaper rates, while offering 100% clean energy.

Energy markets are a bit chaotic now, but not enough to justify NOPEC’s prices, said Randi Leppla, who directs the Environmental Law Clinic at Case Western Reserve University. Their leverage via 550,000 electric customers should have forced better rates.

“Other aggregators are faring much better, and a lot of folks who paid attention predicted this price spike was on the horizon,” she said. “NOPEC should have too.”

Dave Jankowski, a NOPEC spokesman, declined to comment on what effects the move could have on market stability or FirstEnergy’s standard service price.

A FirstEnergy spokeswoman declined to comment on NOPEC’s effects on prices. However, she said electric service will not be interrupted as a result of the shift. Customers can expect to see changes reflected in their bill within “a couple of billing cycles.”

Dynegy argued that NOPEC is gaming state law by trying to re-sell some of the energy it already bought at a higher price. The company cited a previous statement from Jankowski to Cleveland 19 News stating that NOPEC will “sell that energy back to the market and that will keep us whole in the meantime.”

Jankowski in an interview declined to comment on whether NOPEC will resell the energy it purchased.

Dynegy referred to the sale as “illegal arbitrage” in a regulatory filing. The company did not respond to multiple inquiries and the PUCO has not yet ruled on Dynegy’s claims.

NOPEC has a reputation as a consumer advocate — it helped reach a settlement agreement with FirstEnergy last year in which the utility refunded $306 million to customers.

However, consumer advocates have aligned tentatively against NOPEC on the issue at hand.

Rachel Belz, executive director of the grassroots Ohio Citizen Action, organized a press conference of mayors and local officials last week. They asked why NOPEC’s prices are spiking unlike other aggregators, when NOPEC knew about the price spike, and whether NOPEC dropped the ball somewhere.

Mark Gavin Sr., a campaign director with Power a Clean Future, said he has concerns about what NOPEC might be doing to the market. He questioned NOPEC’s transparency, noting their opacity makes it harder for customers to budget for an inflated electric bill. And while an aggregator may not always beat a standard service offer, he said with NOPEC’s experience it should be a much closer margin.

“There’s no reason for their prices to be this high,” he said.

Procedurally, NOPEC must now show cause to Ohio’s regulators why they shouldn’t boot the aggregator from operating in the state. Other wholesalers have tried to join the case as intervenors, efforts NOPEC is seeking to block.

Jankowski declined to comment on several allegations made by Dynegy, citing the ongoing legal process at the PUCO. He said the company would respond in regulatory filings at the appropriate point.